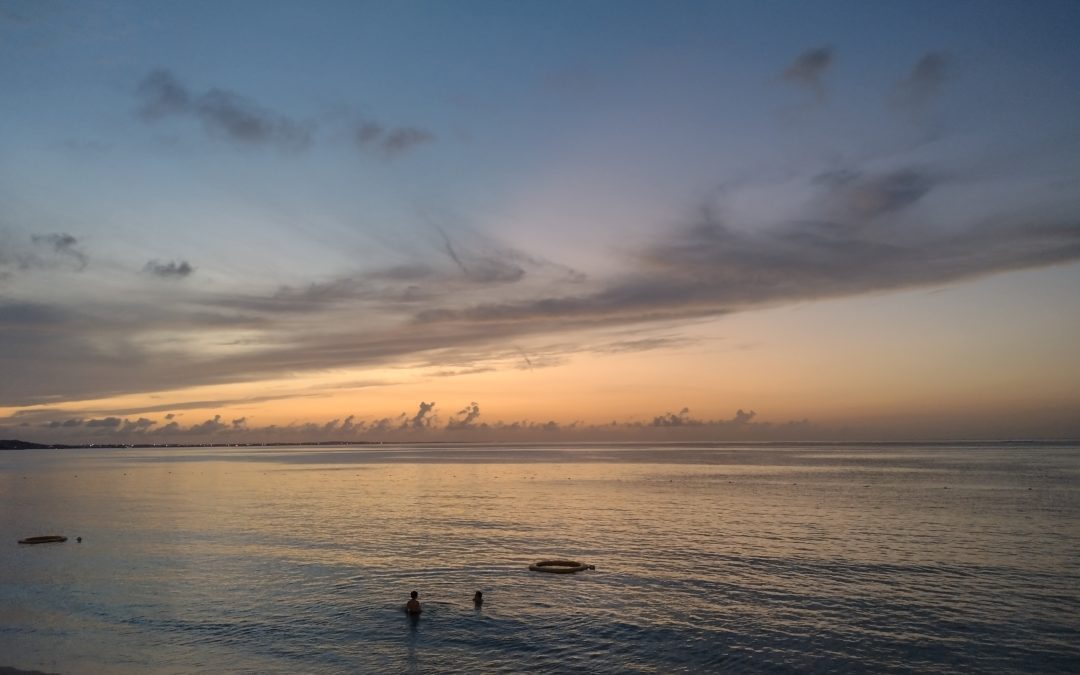 If you are any sort of traveler, than it’s a gaurantee your travel plans have somehow been changed in the past few  years due to covid. My family is no exception to this. After three family cruises in a row were cancelled due to covid related reasons, we finally had enough. We booked ourselves a 7 day 6 night vacation at Beaches Turks & Caicos resort (part of Sandals) to try something new.

We specifically chose this resort as it has fantastic reviews and is rated as a top resort for children: we wholeheartedly concur.

As spring break approached, the anticipation built. All of us were on pins and needles wondering if our travel plans would in some way get disrupted again. We purchased extra travel insurance just in case. We prepacked a week in advance, had hard copies of our negative covid tests, triple checked to make sure we had everything we needed (still forgot a few useful things) and drove to Chicago to do a park-sleep-fly the night before our early Saturday morning flight.

Up at 4:30am to catch the 5am shuttle to the airport, we realized just how many northerners are doing the same thing. With the first shuttle of the morning filled up full, we managed to sneak onto the 2nd shuttle with standing room only. Once at O’hare, it was straight to the ticket line. As the line slowly crept forward we found ourselves at the front and when it was our turn, we were beyond surprised to find out that we needed a Turks & Caicos government issued QR code in order to receive our tickets (at least that’s what the ticket agent told us). A very stressful next hour of online forms and waiting, we manged to get our government issued codes (thank goodness we left LOTS of extra time). As the rules for Covid are changing constantly, it’s best to research your vacation country in depth to avoid delays. Finally, time for security and on to our gate. Just kidding, our flight was delayed an hour due to bad weather through Florida airspace. Better late than never as the saying goes. It was a direct flight from Chicago to the island of Providenciales Turks & Caicos. A little under 4 hours. We stepped off the plane onto the tarmac and the sunshine was the most beautiful feeling we’ve had the past 5 months. Let’s face it, Michigan winters can be less than fun. 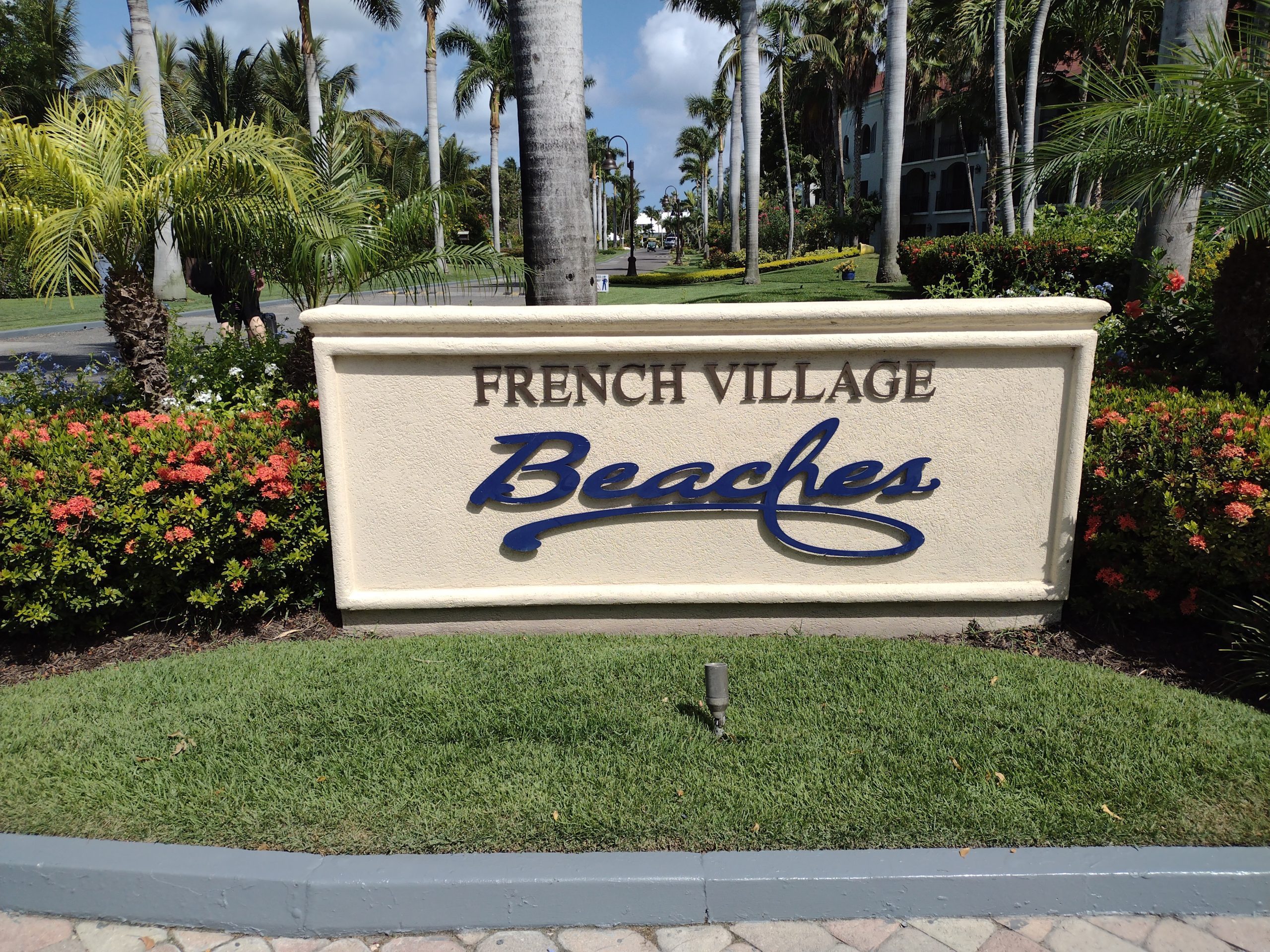 We made it through the lengthy customs line of many other spring breakers eager to get to their tropical destination for the week. A 20 min shuttle ride to the resort and the relief finally set in when we had a cold drink in our hands during the check in process. A staff member then walked us over to our room in the French Village. The resort is really  like 4 resorts in 1. The French Village, Italian Village, Caribbean Village, and Key West Village. They have all sorts of room types varying in price. What we loved about the French village was it’s proximity  to everything we needed. We had the waterpark 20 yards from our front door, and a beautiful pool 30 yards from our back window (we were in a 2nd floor unit). While the Mediterannean Village is the center of the resort, the French Village fit our budget, and we certainly made the most of it. Our first task after settling into our room, was FOOD. We had some hangry travelers longing for some non airport/airplane food after our 9 hours of airports, flights, and transfers. Low and behold, there was a Mac N Cheese truck just around the corner from the water-park. To finish it off, a milkshake truck 20 yards from the Mac N Cheese truck. We were some very content travelers with full stomachs, our next task was to explore the resort.

The resort itself is so large, it’s not uncommon to see people in golf carts getting from A to B. Being relativley young with overly excited littles, we decided to tackle it by foot (also very manageable if you don’t mind walking). We explored the French Village pool, then the kids+tweens+teens lounge and games room, off to the Mediterannean Village pool, and finally the beautiful beach and aqua blue ocean. 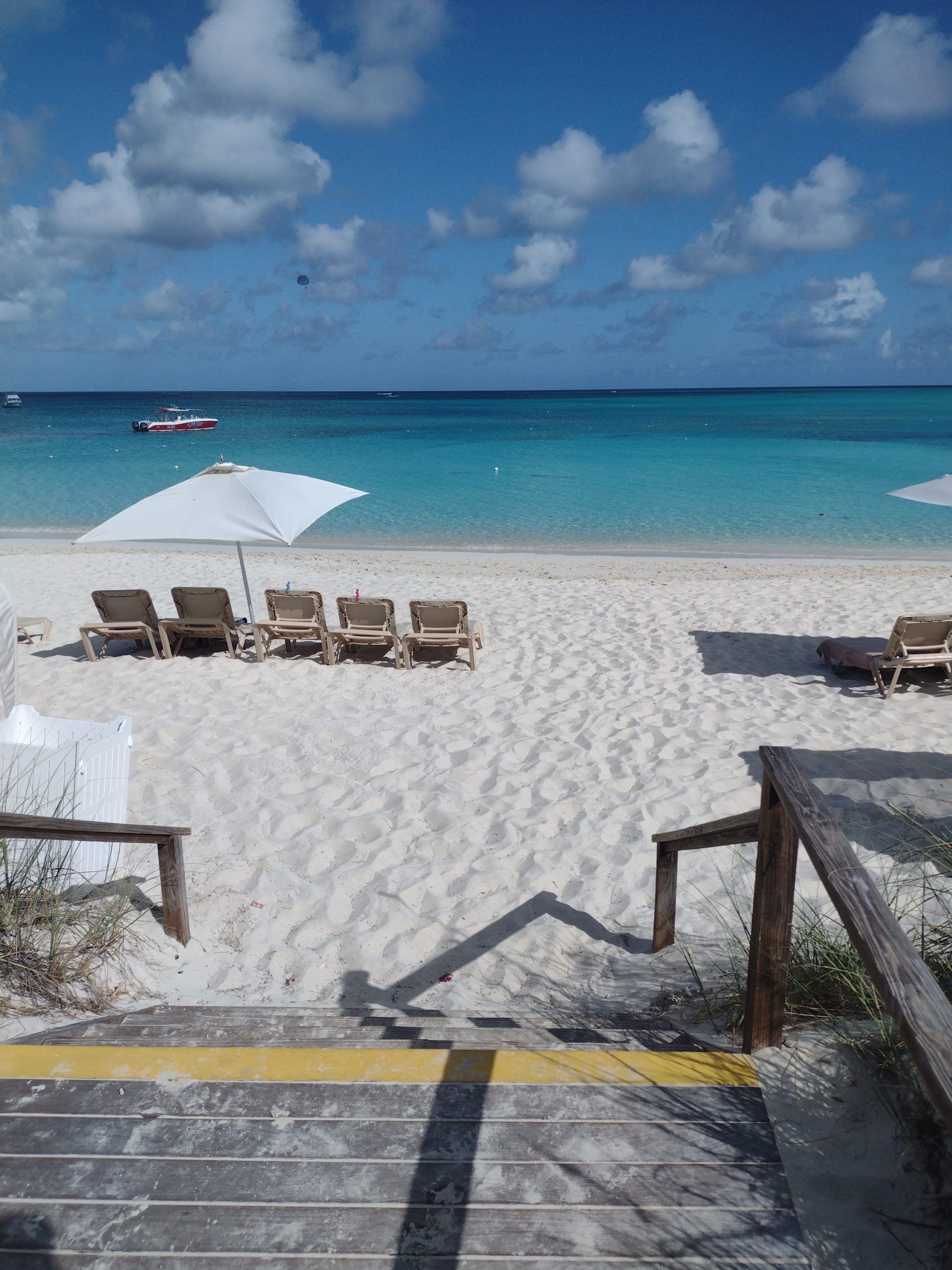 By this time the littles were chomping at the bit to start swimming, so we went back to our room, threw on our swimsuits, and spend the next few hours in a pool. All the pools have at least 1 swim up bar, and both adults and kids took advantage of that. A cold mixed drink or beer in the hot Caribbean sun seems like a recipe for vacation success.

After lounging by the pool, catching some much needed sun, and enjoying the feeling of vacation finally sinking in, we were ready for dinner. This resort has more than 15 restaurants, half of which offer at buffet. As our littles aren’t the most patient children in the world, we thought they would be content enough for a sit down dinner at one of the restaurants right on the beach (footwear optional). I’m not a foody myself, but we had zero complaints all week regarding the food. It was excellent. Some of the wait times were a little lengthy for dine in service, but being on vacation we had all the time in the world. Much of our daily routines were the same. I would wake up early (just not a sleeper inner) and head over to the Cafe de Paris, grab some muffins, cookies or whatever looked good that morning, and a latte for my wife and head back to the room. We would hang out for a bit before heading off to breakfast. This for the most part was a breakfast buffet, as there are multiple to chose from. After breakfast it was back to the room, lather up the sunscreen, and off to one of the pools. We learned early on that most pool lounge chairs fill up quick, so if your hoping for a poolside seat, go reserve it early. Unless you have concierge service, I’m not sure if reserving a seat is technically allowed, but we saw everyone doing it, so we followed suit. After a few hours in a pool, it was time for a change of scenery. The littles often wanted to go to the xbox room. They  had room for probably 20-30 kids at a time, and it was never more than 50% full when we visited. After some gaming, it was off to lunch. This was also normally split between sit down, buffet, or order out pizza. All great choices. Often after lunch we would relax back at our room for an hour or two. The littles were fine with being out of the sun during the hottest part of the day, however, it didn’t last long as we soon found ourselves back in a pool. The littles soon learned their favorite frozen drink is a virgin strawberry daquiri, and they had a blast swimming up to a poolside bar and ordering it. A full afternoon of lounging, swimming, and playing in the pools was the norm for the week. Fortunately with a choice of two large main pools and several smaller ones, we never got bored or tired of the same scenery. We often mixed some ocean swims and beach time in as well. The beach itself was absolutely stunning. Something about a beautiful beach and aqua waters just screams vacation mode. While the resort is private, the beach is technically public and you will be approached by vendors selling anything from boat excursions to jewelry.

As mentioned, our daily routine was relatively the same. It certainly didn’t take more than a day or two for our family  to feel in full relaxation mode. Our biggest challenge was trying not to miss out on everything the resort offers. Between the pools, the water-park, restaurants, ocean, beach, games room and evening shows, we felt that we really did maximize our time spent on this family spring break trip.As the week flew by, it was hard to say goodbye. All of us were about 4 shades darker with the hours and hours spent under that Caribbean sunshine. We managed to squeak in one last swim the morning of our departure. From there is was check out process, shuttle ride, and two flights to get back to Chicago. My littles were so interested in the local wildlife, I promised them if they could catch one before we  left (a gecko), they could take it home. Fortunately they were just too quick and crafty to get caught.

Soon enough we found ourselves back in the snowy, dark, and cold north, and realized how much we couldn’t wait to start planning our next family spring break trip. 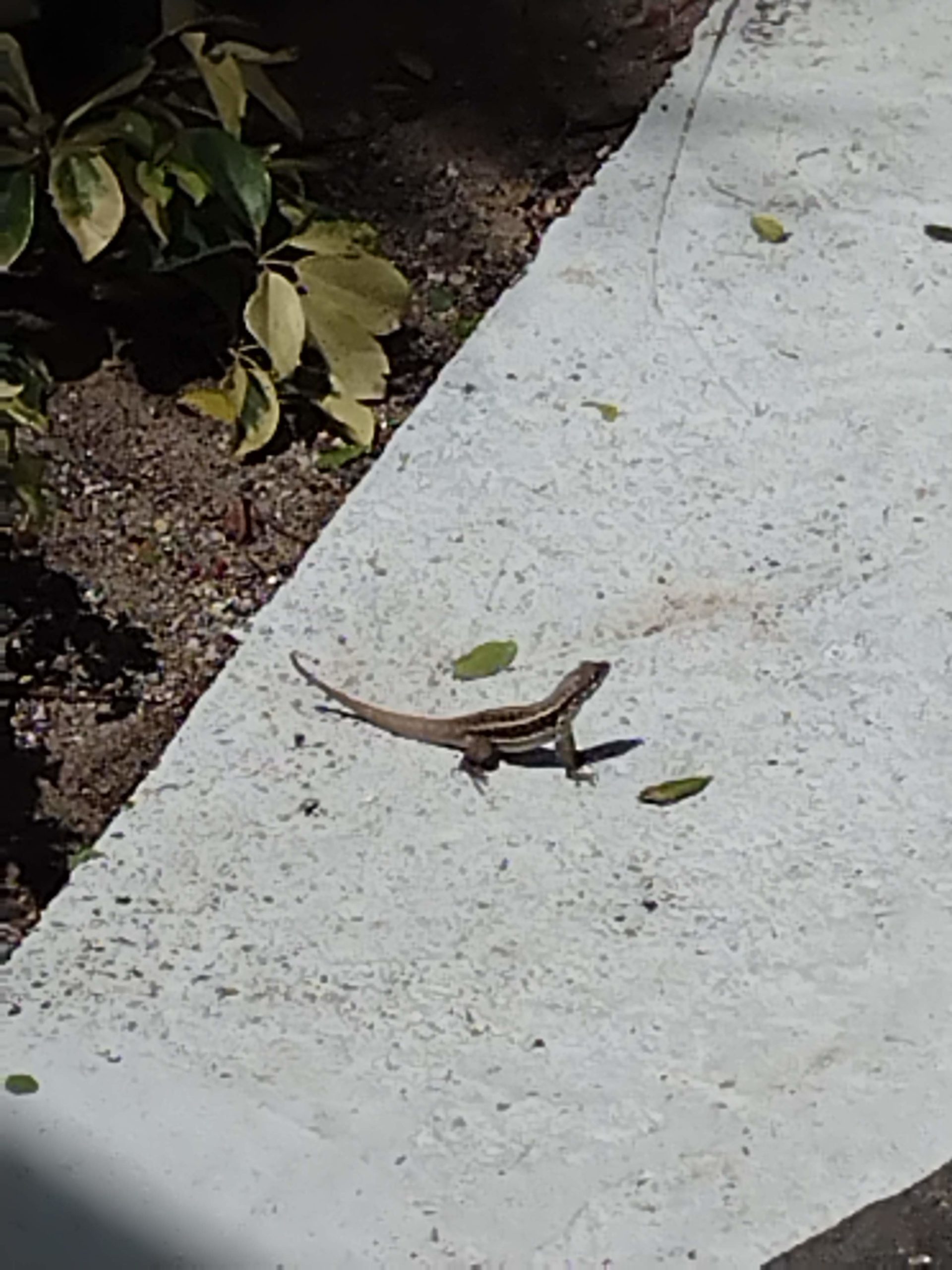 We’ve compiled a list of loves, likes, and what we wish was better. Hopefully you can use some of these tips to help with your next family spring break or future resort vacation. 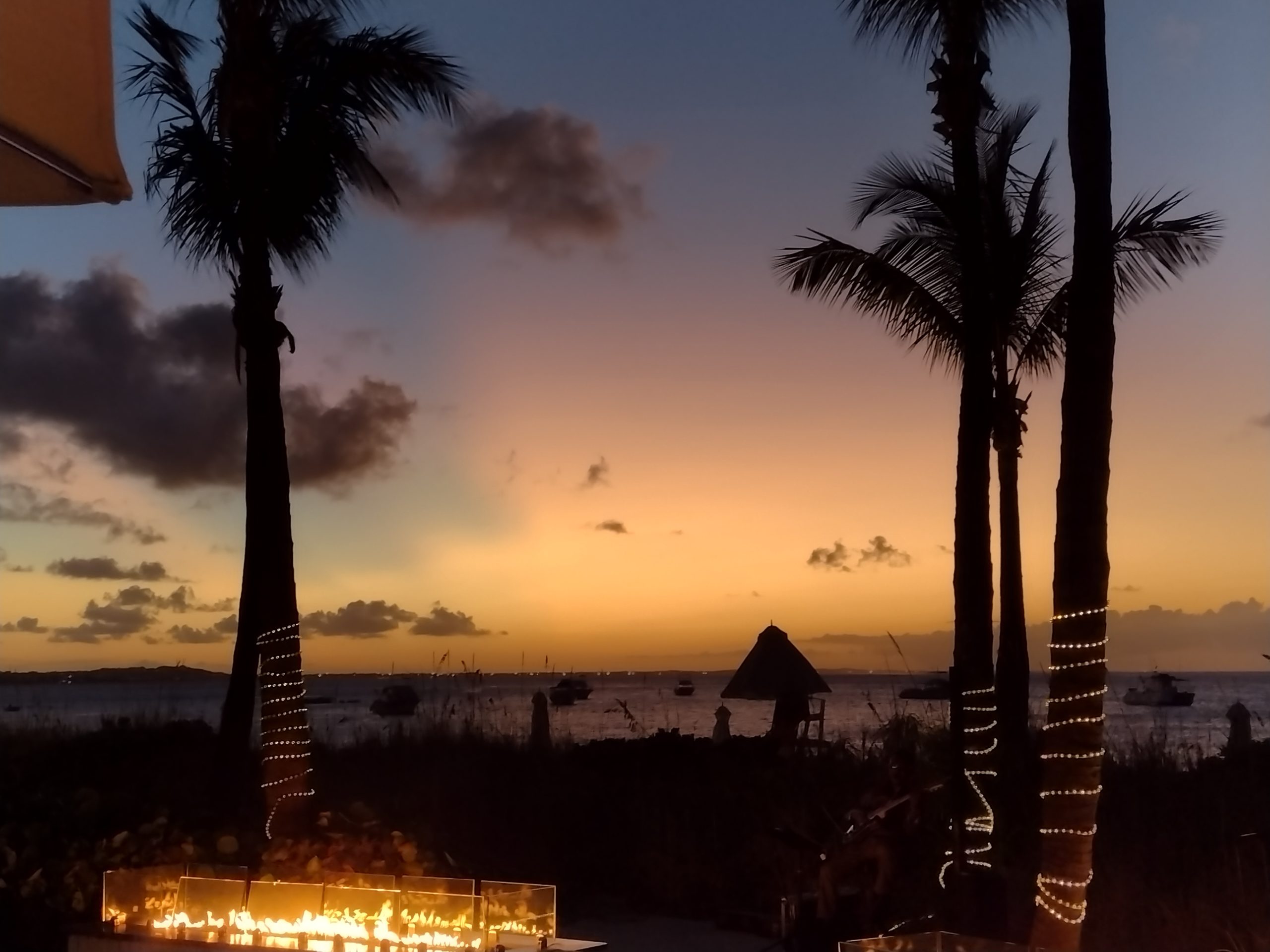 What we wish was better

We truly enjoyed our family spring break trip to Beaches Turks & Caicos. We hope we have provided you some useful information that can be used for your next family trip. Please don’t hesitate to reach out with questions: Prep4travelinfo@gmail.com